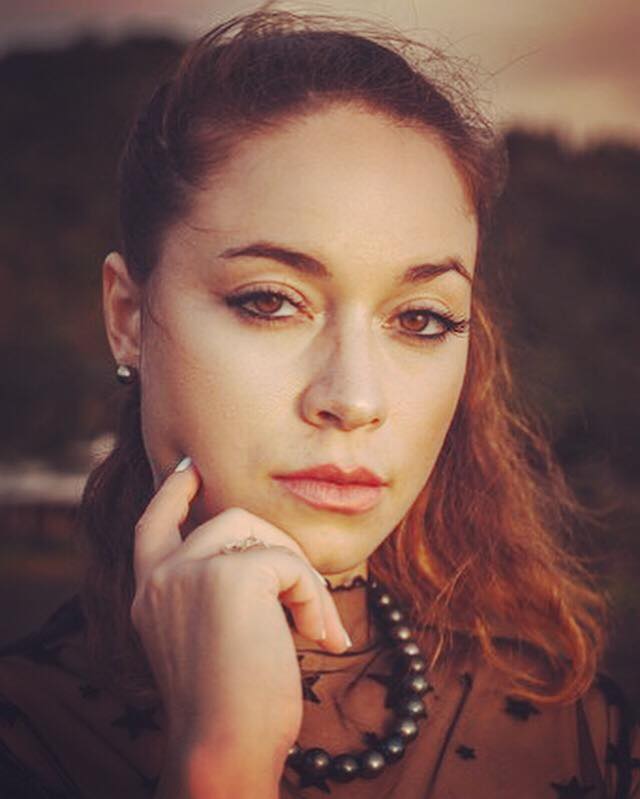 She sat in the backyard up against the broken wired fence while “Norma, Act I: Casta Diva” blared from the speakers inside her house. For miles and miles there wasn’t another soul. Deep in the desert, not one person could place their filthy paws on her rose gold and precious being.

So she sat in the baking sun just as she did everyday and thought about the time when she was a child with her family. They were gone now but no one ever really disappears inside our memories. Now she was a loner. No one around to ask if she was doing okay. Even better. Food didn’t matter. Sometimes she got up at 3 in the morning and had her lunch, other times she buried her 11 o’clock breakfast deep in the dirt.

The music carried out of the broken windows and made everything around her seem finer. The vultures who sat in the trees moved their necks in a graceful but quick movement not unlike the swans she had watched when her father had taken her to the big lakes in the big towns, with the big headed people. Thank God I’m all alone. No one can find me out here. Daddy, why did you take me there?

It had been a little over 2 years since she packed a suitcase of belongings, clothes and one small picture frame with the face of her lovely mother. Then the rest of the car was packed with cans which she had stocked up on at the Dollar Mart. Spaghetti sauce but no pasta was not a problem for her. The cashier had looked at her oddly, but just like the rest of the world, he had been too afraid of what the answer might be if he had asked the simple questions, “Are you okay?”

Are you okay? Are you happy? Tell me, TELL ME. ARE YOU HAPPY?  The violins cut the desert sky and make her happy when she looked at the way the heat played tricks on her eyes. She enjoyed seeing the blue shake and tremble. She wished she could reach out and grab it. Immense joy came into her heart when the lizards danced to the master piece of Bellini. Dance, you bastards. DANCE. She didn’t hate the lizards. They weren’t like the snakes who made their own noise which always interrupted her masterpieces.

But she couldn’t stay in the sunlight forever like she wanted too. She had tried. The next day was a bad day for her when she tried and could feel a rawness in her burnt skin every time her hand brought food to her mouth. So she didn’t eat for a week and lost more weight. Not that she notice. She only notice how much closer the vultures seemed to come. She only noticed how graceful they looked when her music was at full volume and their large black and grey feathers stroked the air swift and mechanical, like giant machines waiting to work on her.

The sunlight was blinding, but she stared on out towards the hills even though it was slowly making her blind. On and on she stared waiting. For what? No body knew. She just knew that she was alone. No one will find me out her. They can’t hurt me anymore. Touch me with their dirty… Her whispers were lost in a stunning burnt sienna sunset. The surrounded hills were alive. Orange dunes, skies of fire. Flames of blue. She couldn’t see any of it, but she could feel the heat and remember when her family use to take her on road trips into Vegas, her father opening the vans door and the wave of heat flooding into her lungs and bringing her into a state of uneasiness and dread.

Finally, I’m at ease. The desert was good for her. As were the cactus’ that she liked to stop at and ask if they had seen her family and friends. Sometimes the cactus would answer her back with the reality of, You don’t have any family or friends. Most of the times she simply walked about, other times she would come back to that cactus and spit on it. But she was still human and would always regret it with tears that lasted into the early hours of the stunning dusk which swallowed her shack whole which she had found abandoned in the middle of no where.

No one will find me here. I’m free. She had found the end of the world, a place where not too many people see. Sometimes she was sure that they had found her, but she realized that the music helped to drown out the evil people who were after her. The music and love story within each note kept her safe from the tragedies other people had placed in her mind.

He stood right before the plexiglass and looked into the white room which held prisoner number 1268. She was beautiful and intelligent in ways he had never seen before. He realized this the first time he stood in her room and heard her have a conversation with someone she called “Cactus” and spoke of the different colors in a sunset. He had never seen such smooth skin and bright green eyes, cheeks that glowed with shade of peach, especially with the amount of meds they were giving her. Wild red hair only added to her loveliness, but before all of that, madness ruled her mind. She had committed a crime unforgivable, which he didn’t care about. If he had, certainly he was fool for getting a job as the Psychiatrist and Physician at the State Penitentiary. He only cared about making sure his patient was better. Sometimes he whispered into her ear because it calmed her down. Other times he played some of his favorite classicals; Vincenzo Bellini, Nocturnes, Piano Sonata No.14 in C- Sharp Minor. She seemed to enjoy it, except when she spat at him and called him a vulture.

But he didn’t care, because he was a good man and he loved what he did. His job was to make sure his patients were comfortable despite the circumstances. After all, they were human beings. Crime or not, as long as he could feel the beat in their hearts he would love them.

She stared at the sun and noted that it had been brighter than the day before. It reminded her of the day her baby brother had been born and all the light in the world couldn’t amount to his laugh and sunshine. But now she was alone, with nothing but the cactus people, the beautiful vulture, and wired fence that was her only comfort.

She fell asleep in the sunlight, the sound of piano notes drowning out her miseries.