They weren’t sure what started the fire. All that was left was a tiny mirror which no one could claim, the occupant was nothing but ashes, as was the wooden cross which had hung for thousands of years on the same burnt and fallen walls. The sisters would pray until told otherwise. Mother would decide how to handle the ceremony eventually, even if she didn’t always agree with the now deceased… A fire was always a bad sign in their eyes. It brought fear in their young hearts and represented the devil. But after every evil, came faith. So as always, they prayed.

Queen of the clouds, it was easy for her to dream. So she dreamt as if they were past lives that only now she remembered.

She had walked a thousand miles. To the Dead Sea, throughout India, in and out of borders, under bridges, wearing a smile that said, I climbed the Great Wall. She dreamt about her walks throughout life and rarely cared about the move too sudden which was bound to come and force her to slip and stumble downwards. Maybe imbalance would be her final fall. Maybe not. After all, she had a strut that could never have been called clumsy or uncertain. Life was her catwalk.

A thousand and one miles walked, men and women she went collecting. Careers were always changing. She fell in love with one man. She slept with hundreds. Eventually, she fell in love with two women. Until she realized that there were some men who could be just as soft, just as hard as her lovely Maria with the long thick auburn hair. A famous actor loved her once he found out he had finally run out of money. Too bad for him that she had a tendency to look more expensive than anyone in a room despite how empty her pockets were, like the womb of a virgin. She fell in love with a priest at a monastery that stretched over the edge of a mountain over the Baltic Sea. It was something she couldn’t have, so she wanted it even more. In return, the priest thought she was the devil, one that he would have died for despite his vows. She had three husbands, two divorced and one lost. If you had known him, the lost bit wouldn’t have surprised you. Some people could never be found, even when they sat right in front of you. She entered a covenant to be a nun when she was at her peak in beauty. Then she realized there were no mirrors that hung on the walls of their modest housing, and Mother confiscated her pocket mirror that had been a present from her older sister Talia. So she ran far away, doing everything in her power to steal back her tiny little mirror. She didn’t think God would agree that she couldn’t appreciate what He had given her. On the contrary, every day was a blessing when she rose from her bed in the morning, stretching like a cat kissed by the sun. Sometimes she was alone. Other times she was a host of other people’s feelings.

She walked a thousand and two miles, and throughout her journeys, she realized that she had a gift. To please others. Sometimes all it took was a kiss on their foreheads, maybe even on the lips. It always took her eyes of course. But that was easy for her. People had to see the fire in the depths of her eyes to feel everything. That one would never go out. She could burn with life, and the people who were surrounded with death and doubt, bores and lameness, absolutely fiend for her heated reflections of everyday toil. They needed to see her believe behind her big clear eyes.

She walked one thousand and three miles and never gave up no matter how many new demons crossed her. She made many mistakes, breaking her own heart as well as the hearts of others. They would never turn their back on her despite her flaws, she wouldn’t have had it. In Temple ruins, singing at the top of her lungs, villagers feared her. At airports, people wondered about her for being barefoot. When she was tired she slept anywhere and everywhere. After 3 am it was highly advised to stay away from her unless you were her lover. Then you couldn’t help but hold her in your arms and pretend it was you that made her warm, although she alone produced her own fuel.

She walked a thousand and four miles and the strength in her cheekbones, the beauty in the curve of her jaw seemed to continue deeper, like the forest she would be lost in, like the fires she built over and over. Even in the dirty swamps, she was fine and clean. Her skin was always clear and it matched her spirit.

She walked a thousand and five miles until a lone feather from above came floating down as she lay in a lavender field naked with her new lover. She smiled as she caught it between her fingers and used it to trail a new path from his navel to his collarbone. He felt lucky as she kissed his neck and didn’t care about where the feather had come from. She believed it could only have come from a special place, higher than he would ever conceive. Her belief was their release.

She walked a thousand and six miles and wondered if the slowness in her pace meant she was finally getting tired. Then she remembered when they took away her pocket mirror. Refusing to believe that things are as they should be, she remembered. Life was as you created it to be, and her fire continued to blaze.

She walked a thousand and seven miles in an arctic land where everyone seemed cold, untouchable. But she knew looks were always deceiving. Especially when one wasn’t ready to break the first layer of ice. Lucky for them she knew how to build a fire.

The trail she left burned in their hearts and she continued on to one thousand and eight miles until she thought she had found perfection in another human beings smiles. It was almost beautiful how they could not speak one word of the same language but instead used their bodies to exchange everything they needed to know about one another. Their last touch was the tips of their noses and forest burned in the rings of their pupils when they exchanged the very last glance.

She walked on and on, one thousand and nine miles straight into desert badlands where people told her to stay away from. She laughed at them secretly when she met the rulers and was invited to sip mint teas and offerings of dried fruit, bread and spicy sauces. A man wearing a turban came up quickly behind her and swiftly placed a jade necklace tightly around her thin and wrinkled neck. She did not turn to look into his eyes but instead took his hands and kissed them gently in the center of each palm. They felt how she could burn when she chose her path. They wanted to feel the warmth of her fire. The heat was amazing when you weren’t close enough to be hurt.

She walked one thousand and ten miles and finally burnt a city down. At least that’s how she felt when she realized that she was walking her last path. The faces of all her lover and friends swept in and out of her cataract dulled eyes and the wind carried in the many smells of lands she had conquered. Her last step led to a small crooked covenant that long ago she herself had scorned. The mother was gone but her spirit was still apparent in the new Mother predecessor. No mirrors hung on the walls as a rule. Whispers and the chirps of birds were dominant. She found peace finally, but every once in a while she slid the large wooden cross which hung above her sleeping mat and took a tiny pocket mirror hidden in the wall to see the woman who she had become. Her hair was coarse, white, and her wrinkles ran like rivers and streams all over her body. Only her eyes were untouchable. Fire rose, like buildings licked by blue flames. Her path would never again alter and she would die in the tiny room many years later. With her fuel, all it took was one spark.

Her fire would forever burn, thousands and thousands of miles later. 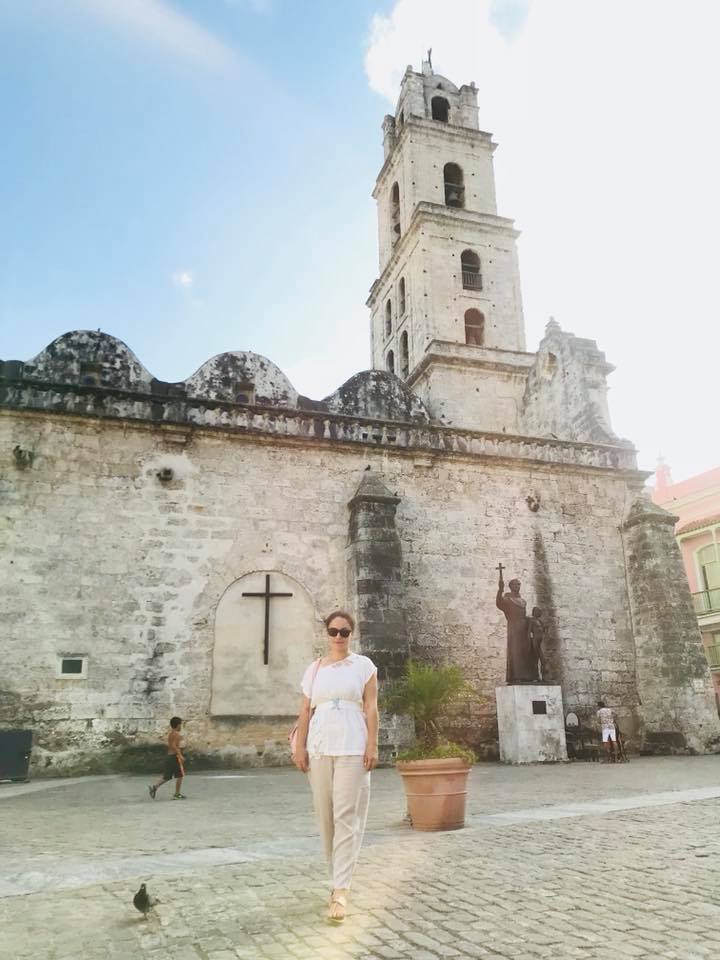